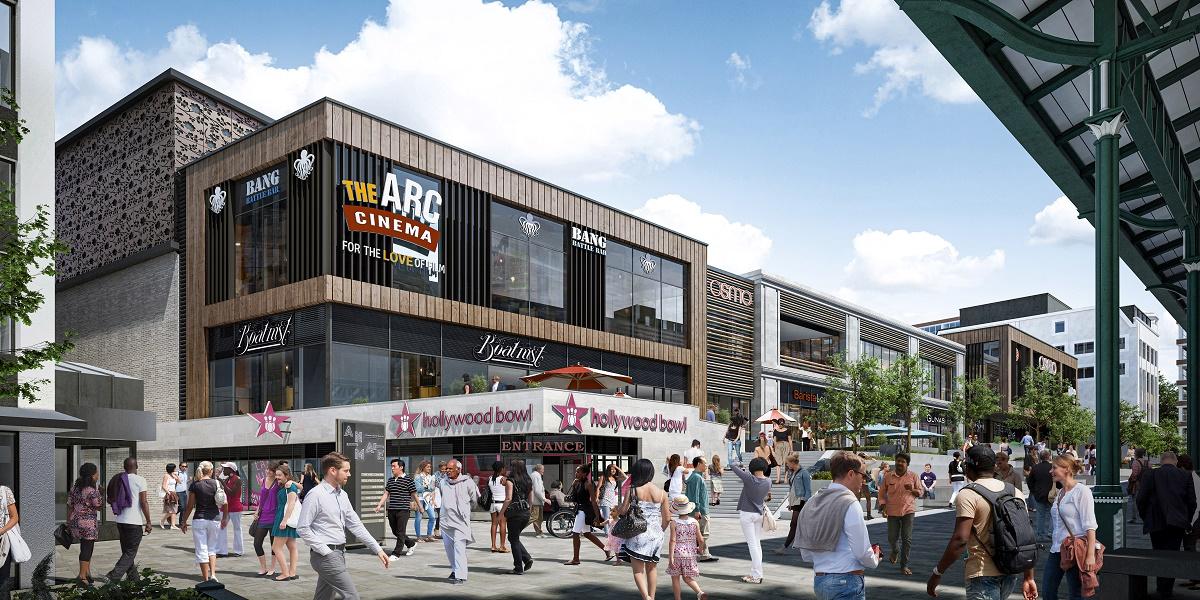 A trio of well-known restaurants is coming to Animate, Preston's multi-million pound leisure and entertainment complex at the heart of Preston city centre.

The triple signing sees over 18,000 square feet of leisure space taken at the landmark city centre scheme which is being delivered for Preston City Council by its development partner, Maple Grove Developments.

The three operators, all of which are new to Preston, include:

The scheme's restaurant offer will complement the two lead anchor operators Hollywood Bowl, which has signed on for the 16-lane bowling alley and gaming zone and Arc Cinema which has taken 30,000 square feet for an eight-screen venue.

Main contractor Eric Wright Construction is set to start work on the construction phase in January 2023 and the restaurants are expected to be operational once the scheme opens in late 2024.

Located within the city's Harris Quarter, Animate was given the go-ahead by Preston City Council earlier in October and in addition to the main leisure anchors will offer five primary restaurants plus a street food hub and competitive social space, significantly enhancing the city centre's retail, leisure and cultural offer.

"Given its size and large student population the city offers potential for a far wider array of restaurants and bars. Animate will help address this and we're delighted to welcome all three restaurants to Animate."

"Preston has been a long-standing target for Zizzi. We have been working with Maple Grove and Preston City Council for many years to bring this development to fruition and are very pleased to be part of this exciting leisure and restaurant hub at the centre of this major UK city."

"The strength of these three popular restaurants agreeing to sign before the main construction phase begins, is testament to this game-changing development which is now 75% let. This shows an exceptional level of confidence in a scheme that will make a big difference to the regeneration of Preston's leisure, entertainment and cultural offer.

"Animate will remain in the ownership of the Council for the people of Preston and will be central in delivering secure, long-term jobs, skills and training opportunities, and will boost footfall into the city centre, supporting our cultural economy and retail core. As part of the construction and development phase local suppliers and trade union partnerships will be a significant feature further supporting our vision of an inclusive economy."

The scheme is a £45m investment by Preston City Council part funded by Towns Fund investment (£3.4m) and City Deal (£3.25m). Animate will provide more than 140 long term skilled jobs for local people, including construction employment and training opportunities throughout the building works.