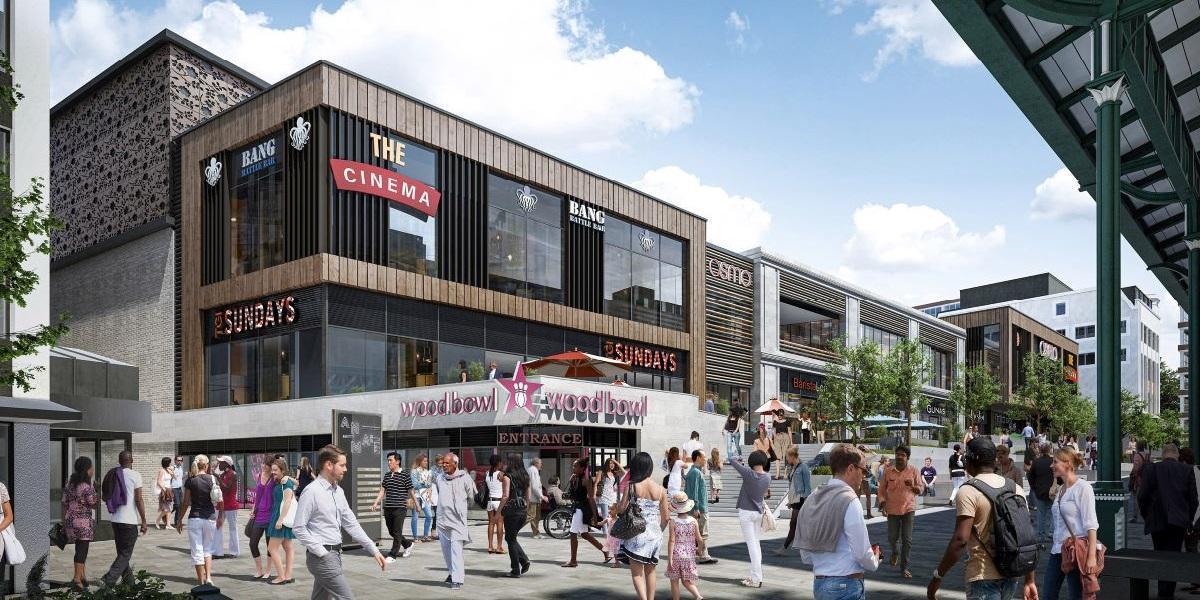 The Arc Cinema has signed a 25-year lease at Preston's city-owned cinema and leisure complex Animate and will occupy a 29,500 square foot space in the new development. Animate is expected to generate more than £7m in economic revenue for Preston, and around 140 jobs.

The development is in partnership with Preston City Council and Maple Grove Developments, which is part of the Eric Wright Group. Animate will be located at the city's former indoor market area, as one of six major projects planned under Preston's Harris Quarter Towns Fund Investment Programme, of which Preston was awarded £20.9m from the government's national Towns Fund initiative in March 2021.

Another anchor tenant, Hollywood Bowl, has committed to a 16-lane, 20,300 square foot occupancy at Animate, which was signed in November 2021.

The Leach-Rhodes-Walker scheme received planning permission in April 2022, with the scheme expected to begin construction in August 2022.

"The Animate development is a key project in Preston's 15-year City Investment Plan and will help complete the long awaited regeneration of our city centre with the asset in the ownership of the city so Prestonians can benefit more directly from it.

"It's fantastic to see a growing independent leisure operator committing to the project and Preston which is an acknowledgement of the attractiveness of investing in our community. Bringing tenants like Arc here will stimulate further investment and boost the local economy so more local people can benefit."

"It couldn't be better news to have a cinema operator join the tenant line up at Animate.

"With planning now secured, working with Preston City Council, we now have the confidence to press on with the detailed design in readiness for a construction start.

"In addition to The Arc Cinema, four of the restaurant units are now under offer and we expect to be able to announce more names throughout the Spring. Our aim is to start on site in October this year with practical completion due in summer 2024."

"We are extremely proud and excited to be an anchor at Preston's Animate scheme. Animate will be an amazing leisure destination when we and our neighbours in the scheme open in 2024 and its location in the heart of Preston's vibrant city centre fits perfectly with The Arc Cinema's ambitious expansion plans."

Animate cinema and leisure complex is one of six major projects planned under Preston's Harris Quarter Towns Fund Investment Programme. The programme was kickstarted by £20.9 million of Town's Funding to support a series of regeneration projects in the Harris Quarter with the aim of improving Preston City Centre's leisure and cultural offer.

To find out more about these projects and wider regeneration projects which are taking place or have recently been completed see Harris Quarter regeneration.